Green City Energy was founded in 2005 as a 100% subsidiary of the largest Munich environmental protection society Green City
e.V.

From the beginning, the official aim in its own words was to support a decentralised and democratic energy revolution owned
by the citizens. In practical terms, this means: The company plans renewable energy power plants in the fields of wind energy,
hydro power, and originally also solar energy. The projected plants are offered to small private investors in the form of investments in funds. For example, these include investment funds in small French hydroelectric power stations, which can be found recently in portfolios of offerings from the German energy service provider. zek HYDRO took the opportunity and contacted Jens Mühlhaus, CEO of Green City Energy, who willingly granted a look behind the scenes.

How important is hydroelectric power for your company and what role can it play for the intended energy revolution?
Mühlhaus: Hydroelectric power is, in any event, an important base for change in energy production. At the moment, hydroelectric energy represents about 3% of the German energy mix. This doesn’t sound like very much at first glance, and hydroelectric power is already widely developed, particularly
in the south of Germany. However, a study commissioned by the BMU (German Ministry for the Environment) estimates the total potential for hydroelectric power in Germany to be between 33.2 and 42.1 terawatthours, so there are still many opportunities, especially in the area of modernisation. And hydroelectric power has other advantages. As is the case with wind energy, hydroelectric power is already produced much nearer to the
market price than solar energy, leaving a relatively smaller target for political criticism. With proper maintenance, the technology has an extremely long service life; a hydroelectric power station can easily produce green electricity for 60 to 90 years. With hydroelectric power, we also have very high availability of more than 90%, and with pumped storage power plants, for example, flexible operation as well. In this way, renewable energy can be stored. Green City Energy has been actively involved in hydroelectric power since 2006. Together with the Munich utilities company, we planned and commissioned
the sophisticated underground Prater power station in the middle
of Munich. This, of course, enabled us to gain invaluable experience. Amongst other things, we are engaged in the modernisation of existing small hydroelectric power stations in France. This is particularly valuable from an ecological perspective, as this renders the construction of new dams unnecessary. This is an improvement from both ecological and economic points of view. The modernised or revitalised plants are currently offered  to the public for financial participation in the “Wasserkraft Frankreich” fund.

What possibilities do you offer your investors to request detailed
information about the technical condition and the energy-economic
potential of the modernised plants in France?
Mühlhaus: We highly value transparency and are always ready to speak personally
with our investors and interested parties. Our colleagues in investor
relations are available to answer questions by telephone or email. Basic
information is, of course, available on our web site, where anyone can
download the detailed sales prospect approved by BaFin (the Federal
Financial Supervisory Authority) and audited by IDW S4. If requested, the
prospect can also be sent by mail. In addition, the web site regularly records
the progress of the structuring of the fund and the individual progress of projects
in Fact Sheets. During the emission, the experts are also available at detailed information events for specific queries. After completion of the placing
of the fund, there are annual shareholders’ meetings, in which the
management presents the financial statement figures and the annual dividend
is decided. In addition, at the first shareholders’ meeting, a three-member
advisory board is elected from the ranks of investors. This henceforth serves
as a supervisory body and intermediary between the investors and the
management, and at the annual shareholders’ meetings reports on its independent
review of the fund documentation. In addition, the investors are
informed of the yields and the status of projects via our password protected
investors portal.
What yield prospects do you offer your investors in your hydroelectric
power fund and on what parameters are these calculated?
What general advantages do the investors see in your hydro-electric
power fund?
Mühlhaus: The forecasted average payout of the French hydroelectric power
fund is 8.35% annually. For the annual net income calculation for plants
to be renovated or which have recently been renovated, the average water
values of the last ten years are multiplied with current electricity prices. The
assumptions are supported by technical assessments from independent engineering
consultants and by earnings guarantees laid down in the purchase
contracts with the technical manufacturers. Further security is also offered
in this case by the feed-in remuneration, legally guaranteed by the French
government for 20 years, for small modernised hydroelectric power stations.
In the event of the acquisition of plants not needing renovation, the
average yields actually produced over the last ten years and technical
experts’ reports are used.
There are many advantages of participating in this fund. First, it is a pure
equity fund without bank financing and with a relatively short term of just
eight years and good earning opportunities. In addition, the investor is
investing in ecological material assets with a real value. As the power stations
already exist, there are no risks with building approvals or construction.
The three-stage construction of the fund is clear and offers the opportunity
of nearly tax-free dividends, the applicable capital gains tax is a
maximum of 25%. The fixed investment criteria and the standardised due
diligence investigations ensure a stable project portfolio. Furthermore, the
state-guaranteed feed-in remuneration offers additional security, and the
entry prices on the French market are currently low. Green City Energy also
offers a buy-back guarantee at a guaranteed purchase price of 15 times the
annual net income, plus a 50% more income guarantee.
How would you assess the risks for an investor in your investment
fund in direct sales?
Mühlhaus: The sales prospect is approved by BaFin and audited by IDW
S4, which means that the fund concept has undergone extensive economic
reviews, offering our investors additional security. A possible risk of direct
selling remains in that we inform the investors only of the details of the
fund; we do not offer investment advice for making an investment decision.
However, for those to whom this is important, this does not mean that
one cannot invest. Those interested can obtain advice about the Hydro-electric
Fund France from a few select independent investment advisers.
Are you planning to expand your hydroelectric business to other
countries in the future? In this respect, which international markets
would you class as being of interest?
Mühlhaus: Apart from further plants in France, we are actually looking for
hydroelectric power stations to buy or lease in Germany, Austria, Italy and
Switzerland. Water rights are also of interest to us. If the offer is available,
we are planning various communal participation models here too. 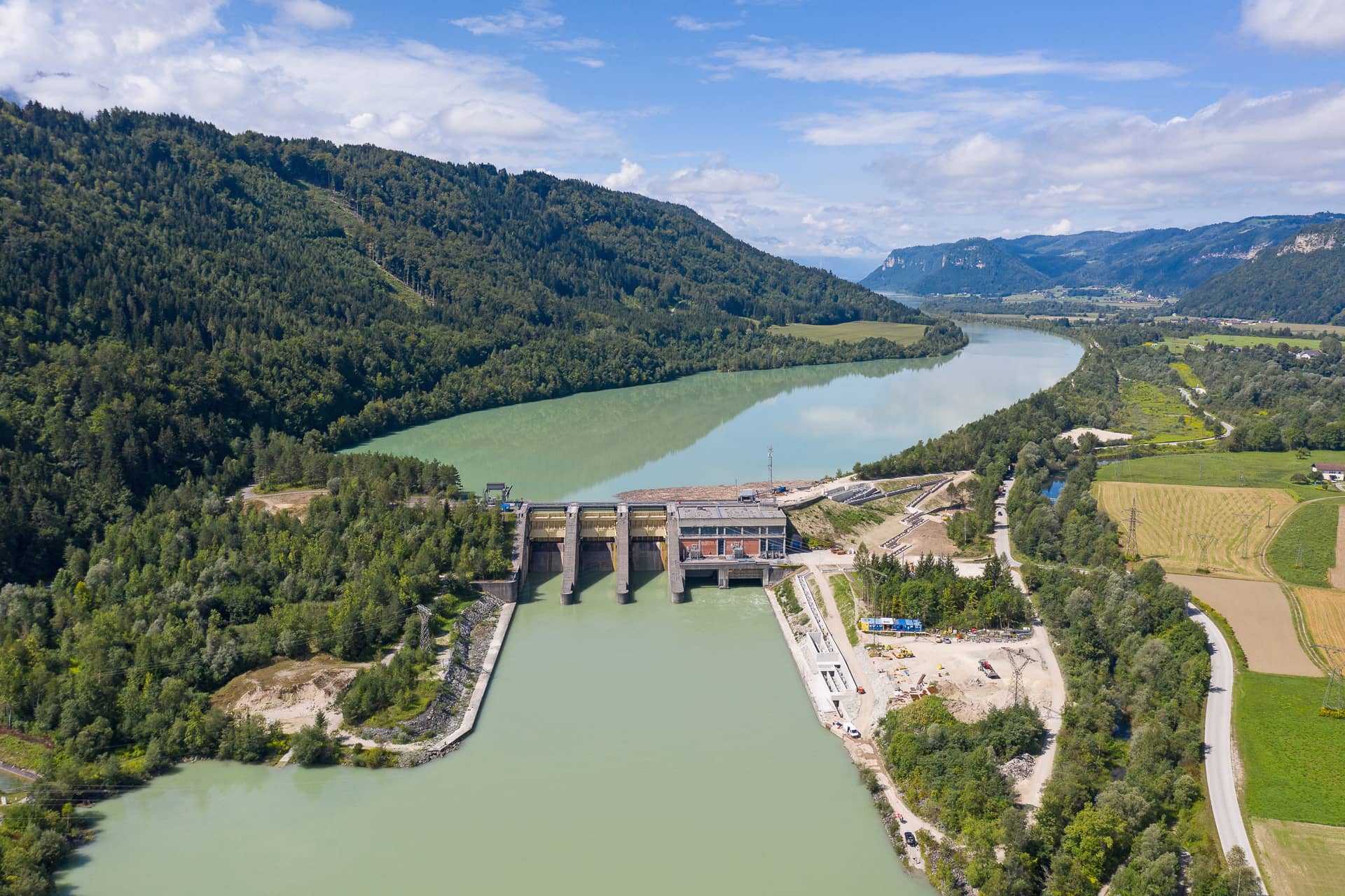 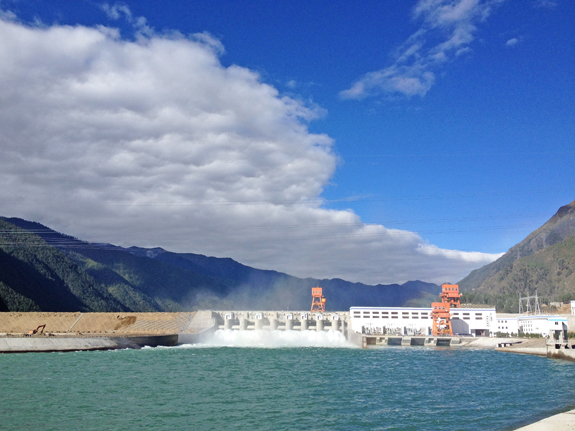 Exploring the impacts of climate change on hydropower production