The Sebil storage power plant in the province of Mersin went on grid in September 2015 and can produce a maximum output of approximately 25 MW.

The energy producer uses a plant completely set up for full capacity operation and utilises two identically built Francis spiral turbines manufactured by Geppert GmbH of Austria. The Sebil power plant contract also marked a technical milestone in the history of the Tyrolean hydropower specialists with the production of the most powerful Francis turbines the company has ever made.

Sebil Enerji Elektrik Üretim San.ve Tic.A.Ş is the name of the operating company under the ownership of the textiles business Kıvanç Tekstil A.Ş, which is responsible for running the new hydropower plant in southern Turkey. The company is based in Adana, a city with a population of over 1.6 million inhabitants, and in more than 60 years of business the enterprise has accumulated know-how about every facet of textile production. It is also a company that has invested in the use of regenerative forms of energy, both to serve its own energy requirements and to feed excess energy into the national grid. For example, in 2013 the largest photovoltaic system in Turkey ever to be mounted on a rooftop was installed on 12,000 m² of space above the factory, and is capable of producing up to 500 kWp.

CONCRETE CHANNEL AND ENERGY STORAGE RESERVOIR
Right from the initial conceptualisation phase for the building of the station at Sebil it was made clear that the plant would be designed for peak output purposes. The plans incorporated the engineering of a water storage dam to be fed by the Tarsus River and which would serve as an energy reservoir. A 3.2 km concrete channel and a 3 mill. m³ storage lake were built for this purpose. At a head of 160 m per machine set the turbines can rely on almost 8,400 l/s of water for energy production. The works water flows from the reservoir to be transformed into energy as it travels down around 450 m of DN 2200 high pressure welded steel piping. “Normally such heads require the installation of either Francis or Pelton turbines. However, because the operational concept for the plant was designed for full power usage and there is a large water flow volume available, two identical Francis spiral turbines were considered to be the best technical solution on offer”, reports Geppert’s Project Manager Ulrich Ruggenthaler (Ing.). He continued: “This technical solution was selected since the power plant was designed to serve market requirements by producing peak current.”

XL FRANCIS TURBINE
Although Geppert has been successfully involved in several international hydroelectric projects down the years, the Sebil power plant contract posed a very special challenge. Part of the project required the construction of two Francis turbines, each to generate a remarkable power output of around 12.5 MW. At the time the contract was awarded Geppert hadn’t yet manufactured such large and powerful machines. Assistance with the basic design of the machines was provided by the Tyrolean energy suppliers TIWAG, with whom the turbine manufacturers have worked successfully on numerous challenging projects in the past.

BUILT FOR TURKEY – MADE IN TYROL
The construction plans were already complete around two months after the award of the contract, after which it was then possible to commence production of the turbines. In the past few years Geppert has invested heavily in equipment for its ultra-modern machine park. This makes it easy for the company to conduct complex tasks, such as the manufacture of impellers or the processing of rotor blades and directional blades, all with CNC-driven tool machines and providing a guarantee of excellent precision and quality. The customer was completely satisfied with the technical expertise invested in the production of the Francis turbines for the Sebil power plant. All of the Francis machine parts and components were manufactured in Geppert’s factory in Hall in Tyrol, from the runner to the guide vanes to the housing. As well as producing the turbines, the full scope of delivery for the project also included two solid butterfly valves and two hydraulic motors to control the guide vanes. Furthermore, two identical generators made by the Spanish manufacturers Indar Electric S.L were installed to transform force into electricity. Indar is one of the world’s leading manufacturers of generators for small and medium-sized hydro-electric power plants. Currently, the total power output of all the company’s products in use in 40 countries around the world amounts to roughly 6.5 GW.

INSTALLATION IN SUMMER 2015
On-site installation of the turbine sets was conducted by two experienced Geppert technicians in the summer of 2015. Additional support installing the machines was provided by local engineers. This enabled all the installation work and integration of peripheral technical infrastructure to be completed in around 2½ months. “The above-average weight of the machines made it necessary to anchor the spiral-shaped turbine body with high-strength concrete blocks”, explained the Project Manager Mr. Ruggenthaler. The identical turbines are both designed to deal with a flow volume of up to 8,375 l/s over a gross height drop of 161 m, and to produce a maximum power output of 12,502 kW. Each of the Francis impellers is 980 mm in diameter and rotates at precisely 750 rpm. Two horizontally installed synchronised Indar generators have been directly coupled to the turbine shafts for the purpose of power transformation. Both of the generators are 6,300 V units, each with a nominal apparent power of 14,000 kVA, and each weighing more than 36.5 metric tonnes.

ONLINE SINCE AUTUMN 2015
The trial period for the power plant began in September 2015 after a building phase of around 18 months. “Actually, commissioning had originally been scheduled to take place several months earlier, but was put back to early autumn due to construction delays. Ultimately, having completed the twomonth trial period successfully, the plant went into regular operation at the end of October last year”, explained Ulrich Ruggenthaler, who drew a very positive conclusion on completion of the project. The Sebil hydropower plant has become an all-round success in terms of electricity production, as underlined by its level of efficiency in the generation of energy since the plant went online. Around 30 GWh of sustainably produced electricity was generated in a little over half a year to guarantee full power supply in peak consumption periods. 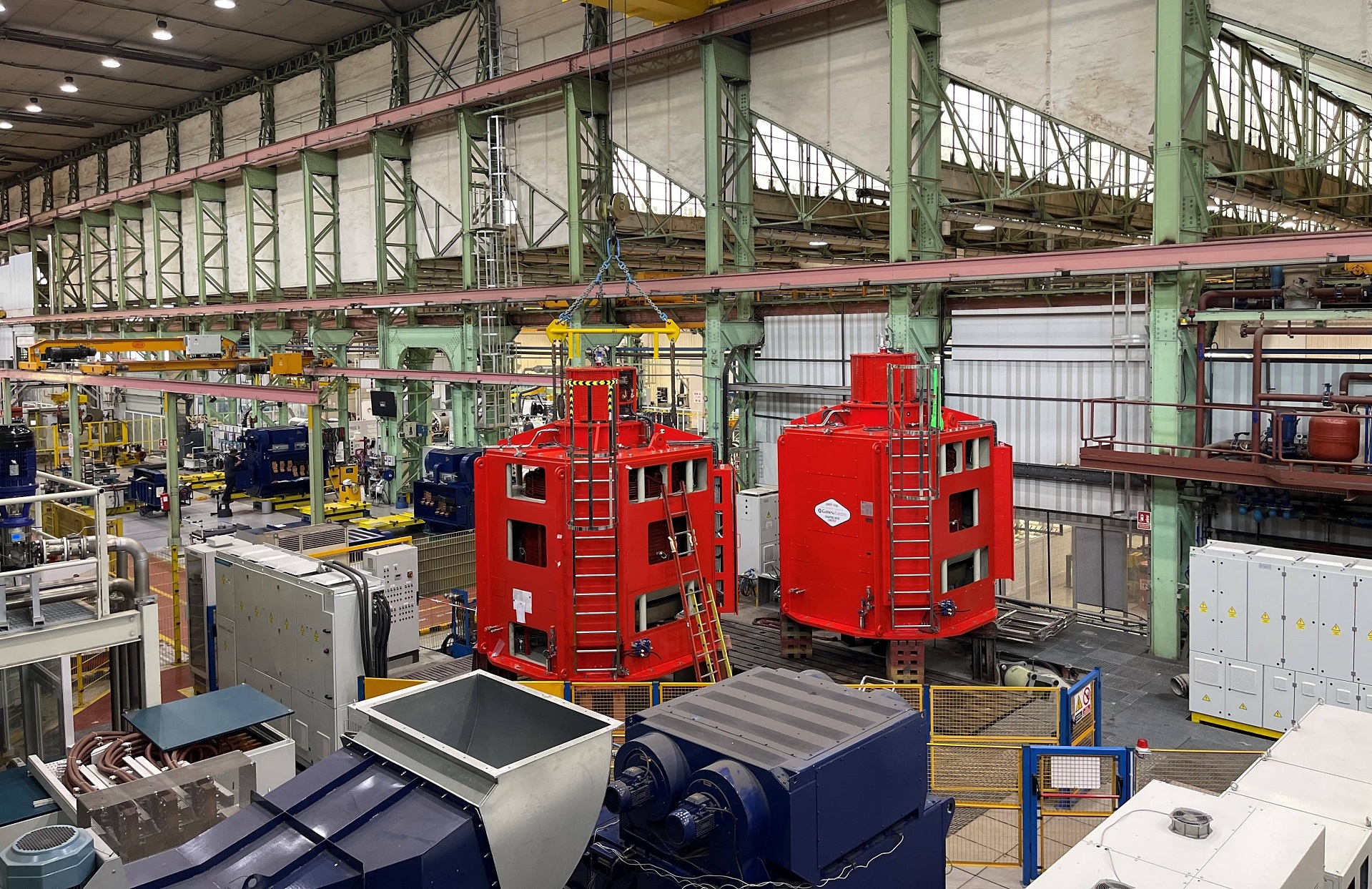 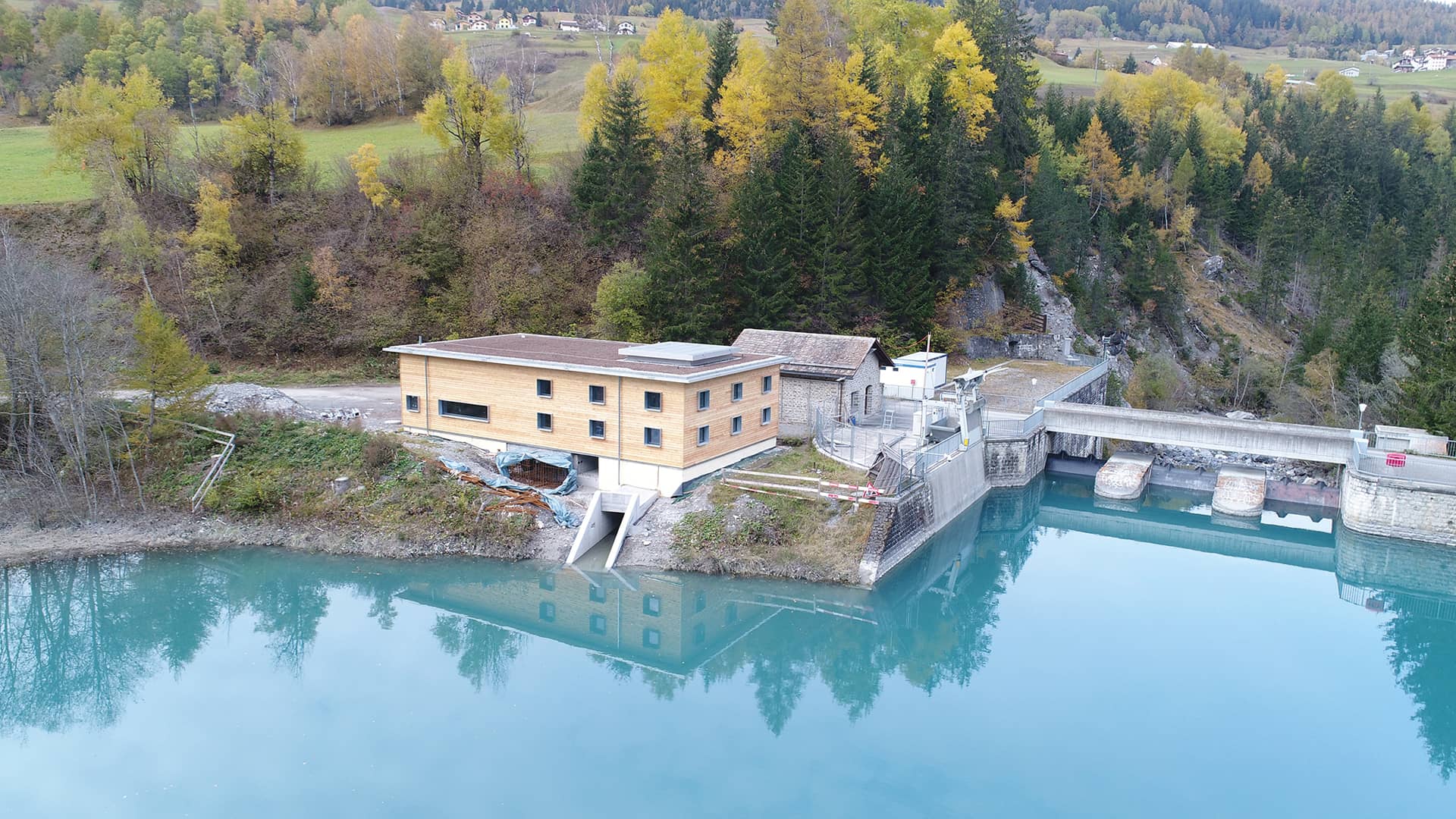