After around two years of construction, in February 2018 the Austrian turbine manufacturer Geppert GmbH successfully completed the Chumey revitalisation project in the Kingdom of Bhutan.

As well as delivering and installing the electrohydraulic equipment at the power plant, the Tyroleans also oversaw the organisation of the structural and civil engineering work. Owing to the lack of technical infrastructure in the south Asian country, the project had to be implemented in challenging conditions. The construction of the new plant, which is capable of operating independently, enabled a vast improvement to be made to the local power supply. The almost daily power outages are now staved off in fractions of a second by the power plant. In the fully upgraded power plant control centre, three horizontal Francis spiral turbines with a combined bottleneck capacity of more than 1.7 MW are used to generate power.

With its mountainous topography and significant average rainfall, the Kingdom of Bhutan in south Asia offers ideal conditions for generating electricity by means of hydropower. The export of energy produced by means of hydropower to the neighbouring countries of India and Bangladesh represents a significant source of income for the economy in Bhutan. By contrast, the supply of energy to the country’s own 750,000 inhabitants can only be described as very unsatisfactory, with power outages a daily occurrence in some regions. To improve the situation, an Austrian development aid project was initiated back in 1995. At the time, the Tyrolean turbine manufacturer Geppert GmbH supplied two Pelton turbines with an output of 4.5 MW for constructing a hydropower plant in the town of Rangjung in the east of the country.

Plant out of operation since 2013
“The operator of the power plant in Rangjung, the Chumey Bhutan Power Corporation (BPC), recalled the name Geppert with fond memories and again turned to us when it came to bidding for the Chumey project,” explains Geppert project manager Matthias Saurwein. Specifically, the Chumey project involved the complete revitalisation of a diversion power plant that was constructed back in 1988 in the Bumtang district in the north of the country. Various technical defects meant the plant had already been out of operation for several years. After two Francis turbines were taken out of operation in 2012, the following year the power plant provisionally shut down after sustaining further damage to machinery. Due to the extensive list of defects, the operating company subsequently decided that the plant required a complete upgrade.

Comprehensive rehabilitation
As part of the transformation, the intention as well as replacing the machines was also to renew the sand trap including the associated hydraulic steel equipment. The construction and assembly work was also organised by Geppert in collaboration with local companies. The new sand trap was created in the form of two separate basins with a solid concrete design. The sand trap’s flushing and infeed guards, which are equipped with AUMA electric actuators, were manufactured by the company GMT-Wintersteller GmbH, which is also from Austria. “A major challenge when it came to implementing the project was that there were no technical records or plans for the plant. This meant that from the start of the project it was necessary to conduct a comprehensive survey of the existing infrastructure. The existing power house and the sand trap were also resurveyed. In addition, the 114 m long steel penstock with a dimension of DN1400 was subjected to a pressure test and the existing Tyrolean weir was refurbished,” explains Matthias Saurwein, who spent a total of 12 weeks in the country working on assembly and commissioning.

Engineering on the move for two months
The complicated transportation of all the power plant equipment was handled in its entirety by Geppert. From the company’s head office in Hall in Tyrol, the equipment was first moved by truck to the port of Rijeka in Croatia. Following a sea voyage lasting several weeks, the cargo arrived at the port of Kolkata in India. After completing the customs formalities lasting around two weeks, the journey continued by road again. However, it was necessary to make another stop at the border with Bhutan. As the laws in the kingdom only permit the services of domestic carriers, the consignment had to be transferred again. Finally, the equipment completed the last stretch along gravel roads and mountain passes up to the construction site at an altitude of around 2,900 m above sea level. Saurwein stresses that, as the infrastructure was known to be poor in Bhutan, great importance had to be placed on ensuring optimum preparation for the project. “Whereas in central Europe a missing component is usually delivered to the construction site in just a few hours, in Bhutan forgetting components or tools that are commonplace here at home can mean a delay to a project of up to a month. Seemingly simple components such as screws with metric thread are unobtainable in south Asia. This was why all plant components and the whole hydraulic circuit were designed in three dimensions and an exact packing list was drawn up in advance of the project. This definitely paid off as not a single component was forgotten.”

Plant with reduced sensors
Geppert opted for an extremely robust design when it came to configuring the three identically constructed Francis spiral turbines with a horizontal shaft. To minimise the plant’s susceptibility to errors and at the same time make it easier to maintain, the number of sensors was deliberately reduced. This makes it possible to operate the gauge-controlled plant automatically with comparatively few electrical signals. Overall a net drop of 28 m and an extraction water quantity of 2,310 l/s is available for each turbine. When the full amount of water is available during the monsoon season with its high level of rainfall, a bottleneck output of 579 kW can be achieved for each turbine. Three synchronous generators from the manufacturer Hitzinger, which are coupled to the turbine shafts directly in the horizontal direction, are employed as energy converters. The air-cooled generators rotate like the turbines at 600 rpm and are designed for a rated apparent power of 720 kVA. With the upgrade to the power plant technology, it was also possible to achieve a significant increase in the maximum power with the same extraction water quantity. Whereas the old machines managed a maximum of 1,500 kW, the flow-optimised turbines deliver a total bottleneck capacity of 1,737 kW. To ensure that the operators can carry out any future maintenance work themselves, the machines were also supplied with a whole series of spare parts and tools.

Power plant maintains power supply
In addition to the hydraulic equipment, Geppert also provided all the electrical and control engineering equipment as part of a complete package. Among other things, this included the supply and professional installation of turbine regulators, the medium-voltage installation and the transformers. Although the power plant was fundamentally designed for mains parallel operation, the plant’s ability to operate independently also gives it an important role in maintaining the local power supply. With the power outages, which according to Saurwein occur almost daily, the power plant control system automatically switches and thus staves off the power failure – without the end consumers noticing – in the surrounding districts. This means that local power supply interruptions lasting for up to six hours are now a thing of the past. Thanks to an online connection, the power plant can be monitored remotely and the operating mode can be adjusted if necessary.

Commissioning in February 2018
Due to the complexity of the project, the additional logistical outlay and the lack of infrastructure, it took almost exactly two years to implement it. Work began back in February 2016 and the fully modernised plant was finally able to start regular operation in February 2018. The completion of the power plant was marked in fitting style with a grand ceremony and the blessing by Buddhist monks. Wilfried Geppert, the former managing director who now acts an an advisor, was also actively involved in the commissioning process, which took around six weeks at the start of the year. He oversaw the commissioning of the very first Geppert project in Bhutan back in the 1990s and now, more than 20 years later, he was able to gain an impression of the developments that have taken place in the country. Project manager Saurwein delivers a positive verdict after the completion of the commissioning: “Despite the challenging circumstances, the implementation of the Chumey plant was an extremely interesting and varied project. We are delighted that our technical solutions have delivered a lasting improvement to the local power supply.” 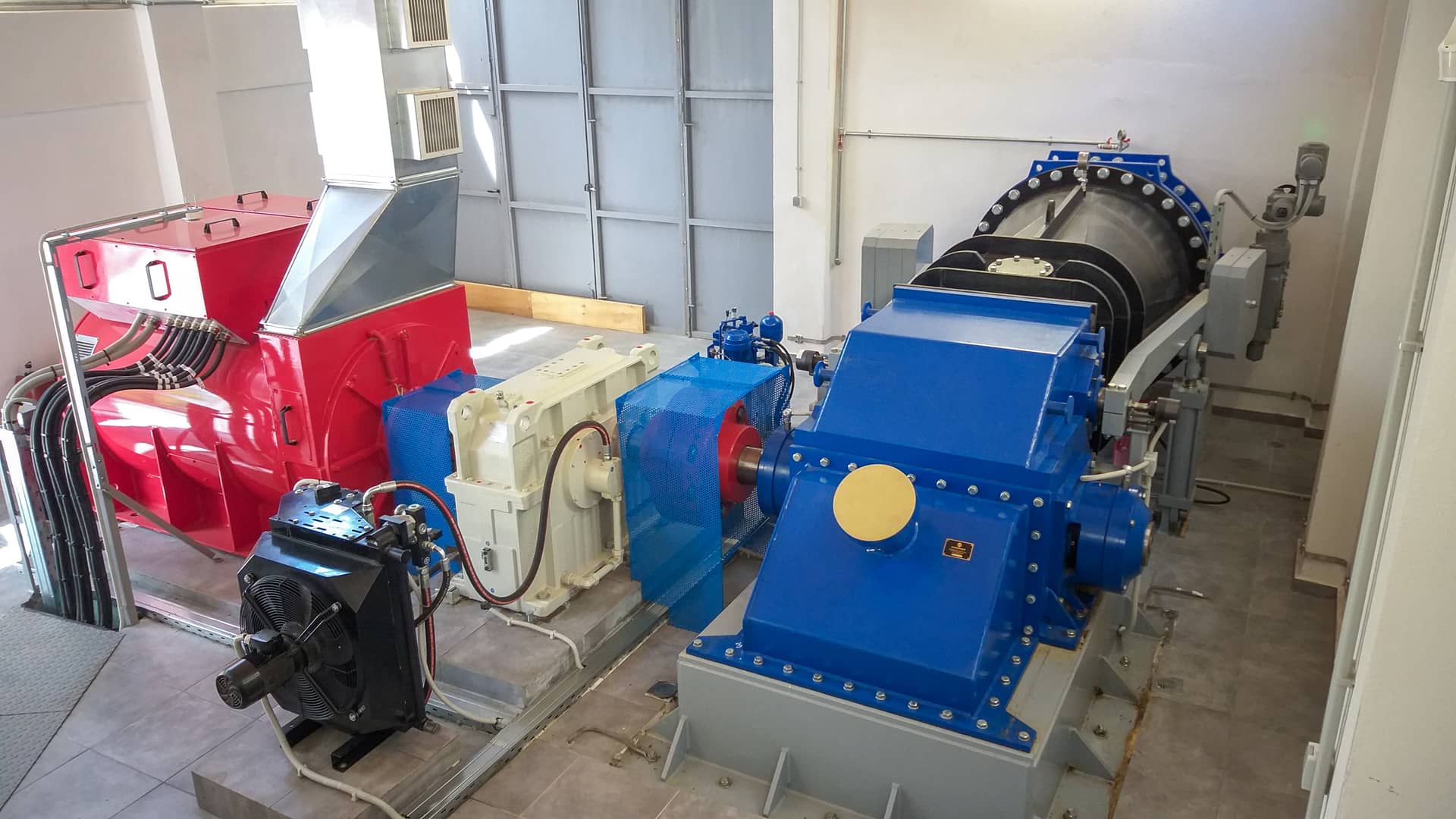 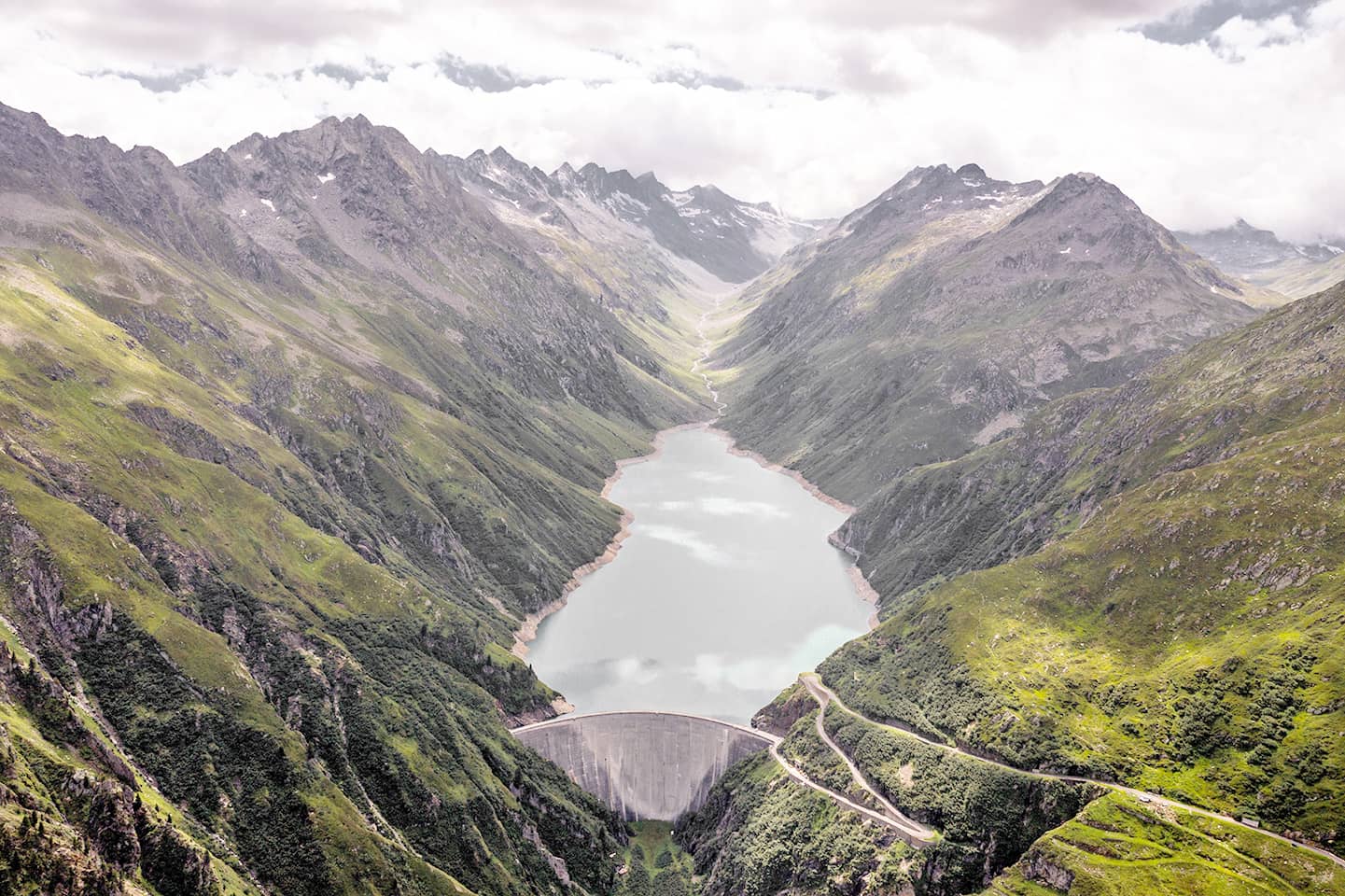